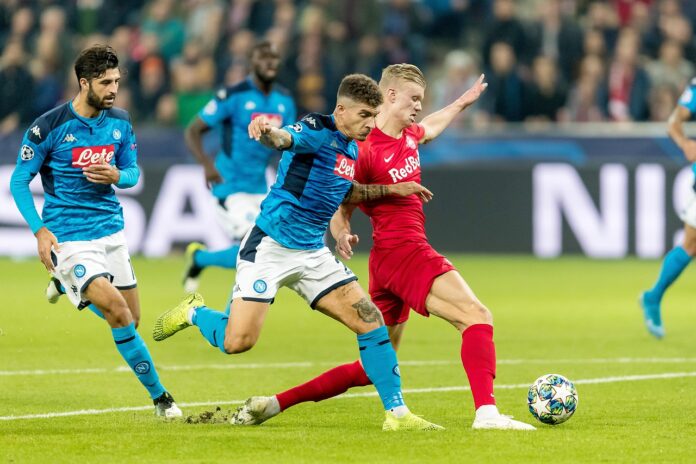 This Tuesday, Napoli receives Salzburg as part of the fourth round of group E of the Champions League. Napoli wants to stay ahead while Salzburg hopes to win to return to their opponent.

Napoli is doing well in this Group E Champions League so far and is leading the standings with 7 points on the clock. During the first day, Carlo Ancelotti’s men made an excellent operation by dominating at home the reigning European Champion, Liverpool (2-0). Subsequently, they were held in check at Genk (0-0) and brought back a precious success from Salzburg on the last day (2-3). In the league, the Neapolitan formation disappoints until now. 7th in Serie A, the team has won only 2 of its last 7 games, for 2 losses and 3 draws. Last weekend, Napoli fell in the lair of Roma (2-1).
Salzburg is currently 3rd in the Champions League group and is thus logically behind Livepool and Napoli. Everything started well for this team which easily dominated, at home, the most affordable opponent of the group, Genk (6-2). After this success, Salzburg lost to Livepool (4-3) and Napoli (2-3). Leaders of their championship with a record of 11 wins and 2 draws, the partners of the revelation of the beginning of the season Haaland remain on a clear victory acquired on the lawn of Mattersbug last weekend (0-3).

The staff for SSC Napoli vs Salzburg

On the Neapolitan side, the Brazilian super middle Allan, former Lille side Malcuit and substitute Ghoulam are all forfeited for this meeting. As against Roma, the line of attack should be composed of Callejon and Insigne wingmen and forwards Mertens and Milik.
For its part, Salzburg will be without star goalkeeper Stankovic, Ulmer and Farkas defensive executives, midfielder Bernede and substitute striker Prevljak. At the front, the nugget Haland is impressive since she scored 12 goals in 11 league games and 6 goals in 3 games in this Champions League. His attacking partner Daka is not left with also 12 goals scored since the beginning of the season following his hat-trick in the last match.

The compositions for SSC Napoli vs Salzburg

The history of confrontations SSC Napoli vs Salzburg

Before the first leg and the victory of Napoli (2-3), the roads of these two clubs had never crossed.

Key points for the match SSC Napoli vs Salzburg

– Napoli made speak his experience during the mach go (2-3).
– Napoli have not won since 3 games in a row.
– Haland has scored 22 goals in all competitions since the beginning of the season

Despite losing the first leg, Salzburg seems to be able to pose problems in Napoli in this match. 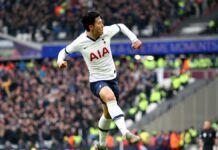