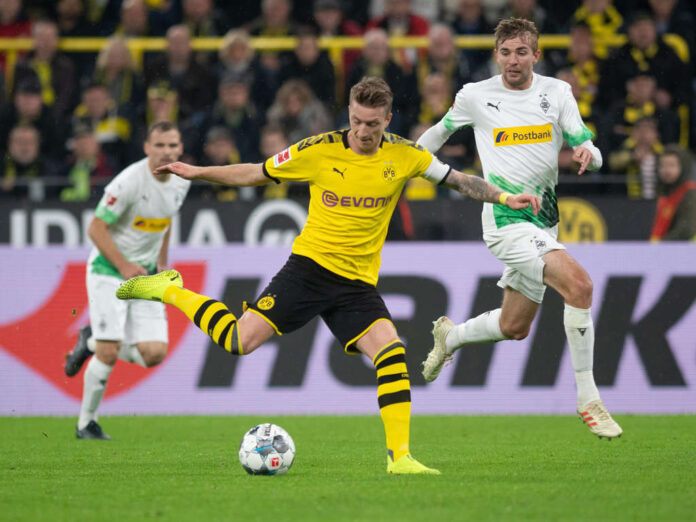 Borussia Dortmund vs Borussia Monchengladbach is undoubtedly the most interesting duel in the sixteenth of this edition of the German Cup, to be played tonight, on “Signal Iduna Park”, where we expect the show to reach high odds.

It is one of the most powerful teams in German football, which every season issues claims to the internal trophies. It starts as a favorite in this confrontation, as expected, having on its side the value, but also the support of its supporters.
The “yellow-blacks” have a decent track record this season, in the championship occupying the fifth position of the standings, being three points in first position, while in the Champions League they collected four points after three games, drawing with Barcelona, defeating Slavia Prague, being defeated by Inter Milan.
In this edition of the German Cup, they faced little Uerdingen in the first match, which they defeated 0-2 away.
In the previous eight official matches played by Borussia Dortmund, she has not only achieved two victories, with Slavia Prague, but also with her opponent tonight, which she defeated 1-0, even on “Signal Iduna Park”.

He is below the level of his opponent, in terms of value, so he starts as an outsider at the bookmakers, which does not surprise anyone, especially as he plays away.
“Manjii” have an admirable career in the current season, at least in the domestic championship, where they occupy the first place, being two points from the second position. In the Europa League, however, they have some problems, after three games gathering only two points, being the last ones in a group with Wolfsberger, Basaksehir and AS Roma.
The debut of this edition of the German Cup was a rather modest one, managing only a 0-1 victory on the field of little Sandhausen.
In the last game, Borussia Monchengladbach made a show, managing a 4-2 victory against those of Eintracht Frankfurt, on their own ground.

In the last nine direct clashes, Borussia Dortmund has imposed itself every time, which is not excluded to happen even now, playing on their own ground. Borussia Monchengladbach will definitely not give in and will try to get qualification in the best of the German Cup, so we expect to register. Therefore, we recommend a bet on goals, at least three marks being enough to make a profit. 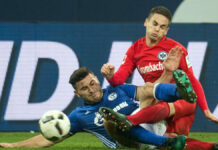