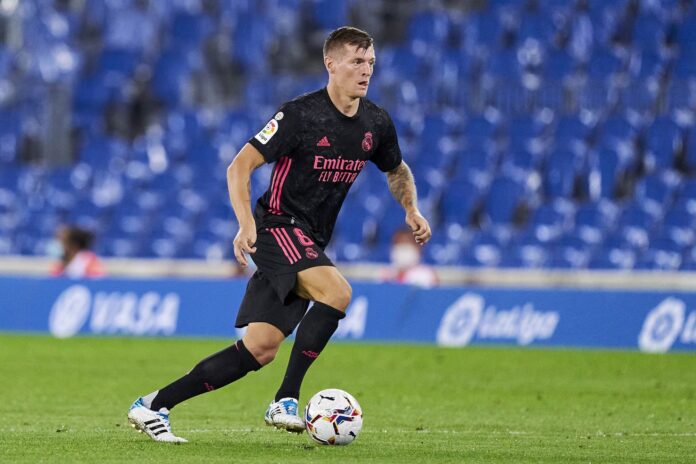 On Wednesday, Real Madrid faces Valladolid on the occasion of the 4th Liga matchday. Real hope to continue after winning their first victory on Saturday while Valladolid is still aiming for a first success.

Once again disappointing on the European scene by being out in the Round of 16 of the Champions League this summer against Manchester City, Real Madrid has however regained its crown in Spain. Indeed, the Merengue has crowned Champions of Spain after winning a fierce distance duel with FC Barcelona. Back on the pitch, Zinedine Zidane’s men shared the points with Real Sociedad (0-0) before gaining the upper hand at the end of the game on Saturday night against Betis (2-3).

For its part, Real Valladolid is a team used to the bottom of the table in this Liga and will try, once again, to obtain fairly comfortable support. Last year, Ronaldo’s club finished in 13th place in the standings with only 6 lengths ahead of the relegated first and he would no doubt have hoped for a better start in September. After preserving the point of the draw against Real Sociedad (1-1), La Pucela could not stand up to Bétis (0-0) but managed to come back to score against Celta Vigo (1-1) this weekend.

The workforce for Real Madrid vs Real Valladolid

At Real, Areola (returned to PSG and loaned to Fulham), Oscar Rodriguez (loaned to Leganes last season and left for Sevilla), Bale, and Reguilon (Tottenham) have left the club. On the other hand, young Norwegian Odegaard will have his chance this season after having had a convincing season for Real Sociedad where he was loaned out last year but was released at half-time against Betis. A priori, Zidane will not be able to count on the young Asensio, on the central defender replacing Militao, and on the little-used Mariano. On the other hand, Eden Hazard could return to the group after being too fair this weekend.

Valladolid should make the trip to the capital without strong defender Olivas, important Javi Moyano, Joaquin Fernandez, and Weissman, midfielder Ruben Alcaraz, striker Gassama and reservist El Hacen who are all still stuck in the infirmary. Tested positive for COVID, the titular goalkeeper Masip could return for this match.

Key points for the match Real Madrid vs Real Valladolid

Real Madrid is several notches above Valladolid and could therefore achieve the second success in 4 days. Real Madrid victory!