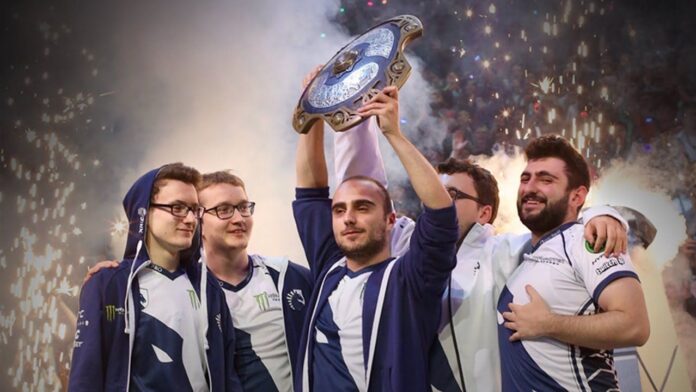 On Wednesday, we have the final of the European area, Team Liquid vs Nigma. Until recently, Kuro and the boys were playing for Liquid.

Team Liquid reorganized after TI9, separating from Kuro and the guys who were so successful under this logo. Instead, they took over the roster that had been at Alliance, with some mixed results.
MiCKe, qojqva, Boxi, Taiga and iNSaNiA make up a pretty good team, who always seem to understand each other. However, Liquid doesn’t think it’s a tier 1 band anymore.
Even though these guys took 4th place at Dreamleague 12, 5-6 at Dreamleague 13, same performance at Chengdu Major and 4th place, this time at The Summit 12. They didn’t qualify for ESL One Los Angeles.
As I expected, they took advantage of an experimental formula of the OG ones and won by 2-0.

Nigma is the former Team Liquid, after the boys split from the organization at the end of TI9, where they lost the final with OG. After that, the results were somewhat mediocre, and the presence of w33 was again proposed for debate.
That’s because Nigma missed the qualification at Dreamleague 13. At least from the direct qualifications, because they then won Bukovel and secured their presence at Leipzig. However, they disappointed, 9-12.
The best match of 2020 was obviously the WePlay final! Tug of War: Mad Moon, 3-2 with Secret, with that sensational comeback. Nigma didn’t qualify for either StarLadder ImbaTV Season 3 or ESL One Los Angeles.
On the same excellent trend in the disputes with Secret, Nigma went 2-0. Even though they had two heroes

Both won in the semifinals 2-0, but Nigma did it after two very good maps, in which both teams involved played excellent. Secret also had great game ideas, but Nigma was one day gorgeous. It’s a BO5, so I definitely favor the more experienced team, more accustomed to such long-term matches. Liquid will have won two of the three direct disputes in 2020, but our prediction will be Nigma – 1.5 maps, 1.90. Or we can try the safer option, Nigma wins.