The 13th week of the Belgian Pro League will be held this week, where Anderlecht is scheduled to face Sporting Lokeren at Stade Constant Vanden Stock, Brussels.

Anderlecht is very ambitious to win this fight in order to restore their confidence that had declined after reaping quite disappointing results lately. Anderlecht was only able to reach a draw when entertaining Fenerbahce in the Europa League and then surprisingly defeated 1-2 of the bottom team, AS Eupen in Pro League last weekend.

The defeat of Eupen at the end of last week also made Anderlecht’s position slipped to 4th place. With the 23-point collection they currently have Anderlecht are now 7 points behind Club Brugges at the top of the table. Do not want the distance to be further away then the mandatory victory they get when entertaining Sporting Lokeren in the middle of this week.

On the other hand, Sporting Lokeren’s own appearance was no better than Anderlecht. So far, Lokeren has only collected 6 points from 12 matches and placed them in 15th place or second in the bottom of the standings. In fact, Lokeren himself will come to Constant Vanden Stock later with capital without victory in the last 6 games in Pro League. During this period, Lokeren was only able to secure 2 draws.

Seeing this fact, Anderlecht’s chances of getting up are quite large. Moreover, if you know that Anderlecht is also quite dominating the meetings of the two teams lately. Anderlecht have at least never lost in the last 12 meetings against Lokeren. In fact, 10 of them have won success. At Constant Vanden Stock, recorded 5 wins and a draw in 6 matches against Lokeren. 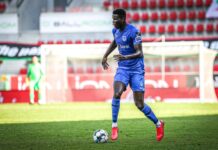 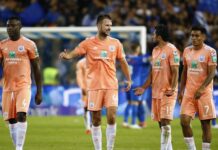 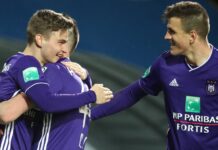