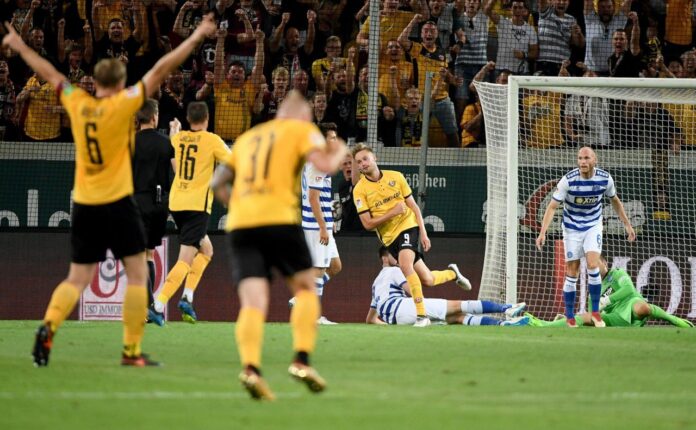 Dresden – Aue, in the Sachsenderby it is for both teams in the first place to maintain the distance down or enlarge. Dynamo Dresden is expected with 13 points in the event of a victory, however, also carefully look upwards. Erzgebirge Aue stands at ten points and, like last year, has to prepare for a long fight for survival.

There have been 95 competitive games between the two clubs so far. With 41 wins, Dynamo has a much better record with 27 draws and also 27 defeats. In Dresden, 29 home wins and six draws are only eleven hits Aues.

Although Aue made a point before the international break, Dresden have the better team and should win the match thanks to the support of the ranks.

With a 1-0 home victory against MSV Duisburg Dynamo Dresden found well in the season, but two defeats at Arminia Bielefeld (1: 2) and in the first round of the DFB Cup at SV Rödinghausen (2: 3 nV) led nevertheless to the fast off of coach Uwe Neuhaus. At first, Cristian Fiel took over the scepter on an interim basis, but was unable to break the rudder in the 1: 3 against 1. FC Heidenheim. Unlike the obligation in the international break in September new head coach Maik Walpurgis, who introduced himself with a 2-0 win at SSV Jahn Regensburg dazzling. Walpurgis’ home debut went astray with an unfortunate 0: 1 against Hamburger SV, but then it was then scored against the SV Darmstadt 98 (4: 1) and VfL Bochum (1: 0) optimally. A 0: 1 against the SpVgg Greuther Fürth, however, was the next damper, which followed at Dynamo Dresden a disappointing 2: 2 in the face of the game. During the international break, a test match at the SG Sonnenhof Großaspach was used with a 5-1 victory to fuel self-confidence.

The ill-fated Philip Heise in Magdeburg is just as involved again as Jannis Nikolaou after foot problems. For this, Patrik Ebert has to pass due to a yellow card suspension. Jannik Müller and Florian Ballas are injured due to injury.

After the successful relegation against Karlsruher SC Erzgebirge Aue had the hope for a more stable year. Only one point from the first four games at 1 FC Union Berlin (0: 1), against 1 FC Magdeburg (0: 0), 1 FC Cologne (1: 3) and at FC Ingolstadt (2: 3 ) as well as the end in the first round of the cup against the 1. FSV Mainz 05 (1: 3) made it clear at an early stage that the violets are again threatened with a difficult season. Two victories in a row against FC St. Pauli (3: 1) and MSV Duisburg (2: 1), but then in the defeats against SV Sandhausen (0: 2) and SC Paderborn (0 : 1) but could not be confirmed. In the international break, but it went with an important 2-1 victory over Holstein Kiel, which also calmed the mood in the environment a bit. During the break, Aue celebrated a 7-0 victory at SV Olbernhau.

Unlike after the two successes on the fifth and sixth match day, coach Daniel Meyer will not make the mistake of changing his winning team without difficulty. The number of options has become even bigger due to the comeback of Florian Krüger in the international break. 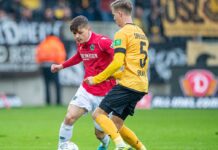 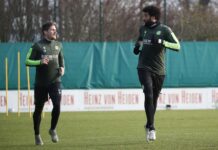 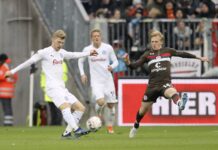